Building a bar for my L-Tek pad 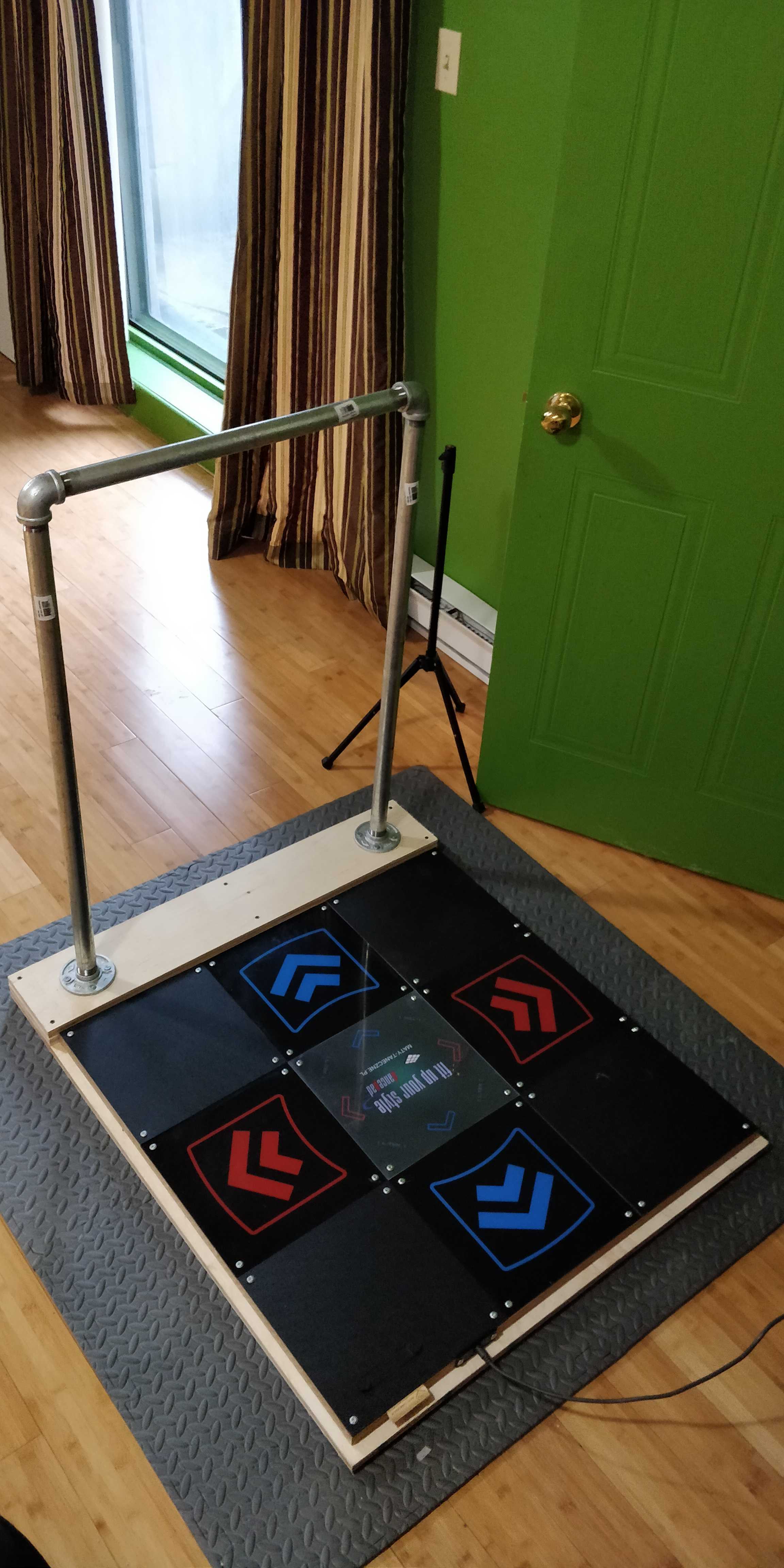 …and here’s how to build it.

(Well, that’s a placeholder from when I only had one layer for both the base and back of the pad, but it’ll have to do until I take a nice picture of the two-layer version.)

AKA you can skip to the next section if you’re just here for the instructions. ;)

While I had been playing no-bar for 15 years before I built on, I was playing on soft pads so there was a relatively low ceiling I could reach anyway. When I got my L-Tek pad in December 2019 and started to get into ITG Stamina, I decided to break through that ceiling and get myself a bar somehow.

The options were few:

Some notes about plywood

Not all plywood is equal. I don’t know the specifics, but I do know that it should be straight. Don’t do what I did and buy the first sheet you find, it’s a good idea to at least make sure that it’s as straight as it can be. Warped plywood is pretty damn hard to straighten.

Also, make sure you store your plywood horizontally. I put mine up against a wall overnight after managing to get it straight-ish… and I had to do it all over again the next day. 😅

Putting the Bar together

Let the glue dry for a day or so

Feel free to reach me over on Stamina Nation’s Discord if you have any questions or comments, there’s a #pads channel that’s really active over there and you’ll find a lot more information about pads, bars and all of the community’s related projects. =)